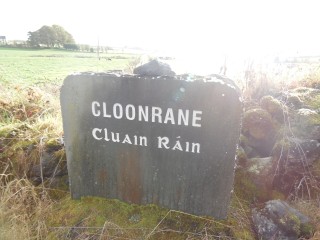 The 1st ringfort is situated on the summit of a knoll in grassland overlooking bogland to the East. It is a poorly preserved subcircular rath defined by a degraded scarp, intervening fosse and an outer bank.[1]

The children’s burial ground is located in undulating grassland overlooking bogland. It is enclosed along the north side by a low earthen bank and elsewhere by a degraded scarp. There are some irregular limestone slabs within the interior.[2]

The 2nd ringfort is situated on a ridge in grassland surrounded by scrub and bogland. It is a subcircular rath which is in relatively good condition.[3]