Fighting Bulls…and a tricky question from the Bishop 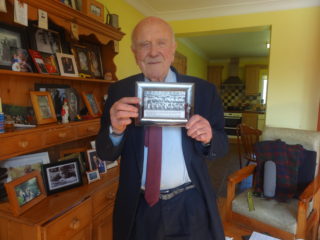 The senior Gaelic football team from St Jarlath's College in Tuam pictured in 1959 - 60. The team, which included several students from Co Mayo, went on to win the Hogan Cup.
Picture: Western People Archive 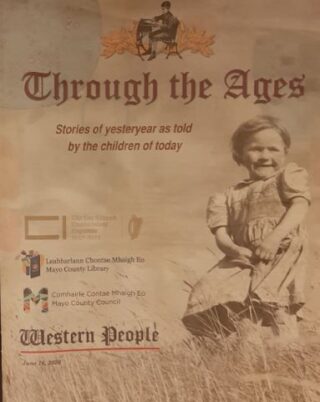 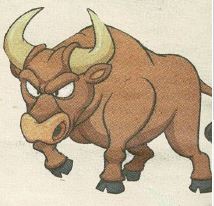 My Grandad was born on July 28, 1928. His home house was in Dillonbrook, also known as Cormeelick North, Co Galway. He lived in a thatched cottage with his five brothers, three sisters, Mum and Dad. The house had four rooms upstairs and four rooms downstairs. They got light from oil lamps, heat from fire and they cooked by putting a pot over the fire with the food inside. They mostly ate cabbage, turnip and potatoes, grown from their own garden, with bacon or beef from their own pigs and cows.

He walked to school with his eldest brother PJ. His school was in Dalgin so it was a pretty long walk. He wore short pants, a shirt and a jumper knitted by his mum. His favourite subject was maths and he didn’t have a least favourite subject. There was only one classroom in the school. Junior Infants to fourth class were on one side and third to seventh class were on the other. Each side of the classroom had a fire that burned turf.

The teachers were very strict. One time the teacher thought my grandad was talking. He got hit with a ruler on the hand as a punishment even though he didn’t do anything. Later on that day, the teacher heard my Grandad’s dad was coming to pick up my Grandad that day. So the teacher gave my Granddad a penny to buy some sweets.

My Grandad made his confirmation in third class. It was the bishop’s first year so they held up paper flags and did a guard of honour when he arrived. Every class choose a student to answer some questions from the bishop. My Grandad was called up and he was asked ‘What is the difference between a sacrament and a sacrifice?’

My Grandad was the only child to go to St Jarlath’s Boarding School from his school that year. There was an entrance exam at the start of the year and if you came in the top three you would get put through secondary school free. My Grandad came fourth, which was very good seeing as the top three were prepared for the exam by their parents, who were teachers. He just missed out so he only had to pay £30 a year instead of £35.

My Grandad really enjoyed St Jarlath’s and he was upset when it was time to go to college. His dad wanted him to become a vet because there weren’t many vets back then so the pay was very good and he was practically a vet himself. But my Grandad wanted to be earning money as quickly as possible, and seeing as the course to become a vet back then was seven years, he decided to become a teacher instead. His dad was so mad he didn’t talk to him for a week but after a while his anger subsided.

After my Grandad finished his two years in college in Drumcondra he started looking for a job. In 1948, he acted as principal for the president of the IEO in Lisacul, Ballaghaderreen, Co Roscommon, until March 1949 when he got a job as the principal in Kilgevrin National School, near Tuam. It was said in the local newspaper he was the youngest principal in Ireland but it wasn’t confirmed. He was definitely the youngest though.

In 1967, he became the vice principal in Milltown National School and stayed there until 1988. My Grandad now lives beside Milltown school at the age of 91! I could’ve told you hundreds of other stories because my grandad George Garvey has one of the best memories ever, which is one of the reasons why he’s the best Grandad ever.

This interview appeared in a souvenir magazine produced by the Western People.