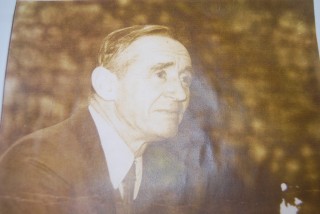 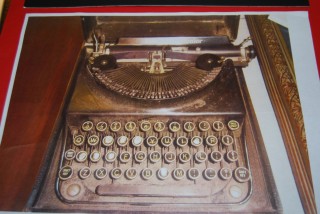 MJ Molloy (Michael Joseph) Molloy, famous dramatist was born in Milltown, County Galway on the 3rd March 1914. This year marks the centenary of his birth. His birth year is often recorded as 1917 as he liked to pretend to be three years younger than he was. He was the fifth of eight children born to William Molloy and Maria Tucker.

He was educated at St Jarlath’s college, Tuam. After his studies there, he entered the Columban seminary at Dalgin Park, Shrule to study for the priesthood. When he had studied there for three years he contracted tuberculosis and this resulted in having to abandon his studies in Dalgin. During his convalescence he spent time in Dublin and visited the Abbey Theatre regularly. Thus began his interest and love of the theatre.

He returned to Milltown and began writing. He also farmed there until 1973. His first play, Old Road was produced in The Abbey Theatre in 1943. His plays were based on his own experiences of rural life, visiting houses and his love of folklore. After Old Road, came many notable plays including The Visiting House, The King of Friday’s Men, The Wood of the Whispering, The Paddy Pedlar, Daughter from over the Water and The Bachelor’s Daughter. The King of Friday’s Men was performed in London and New York.

MJ Molloy was a member of Aosdana and won the Irish Arts Council Award in 1972. MJ Molloy died in 1994 aged 80 years. He will always be remembered for his invaluable contribution to the literary and theatre world.