You are here: Home>People>McCormacks>Daniel J McCormack 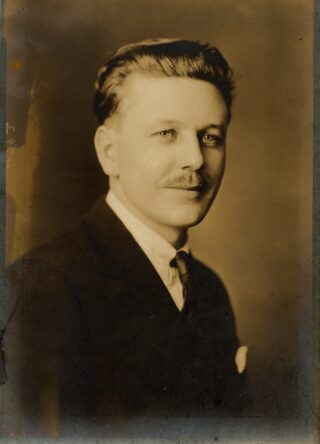 My grandfather Daniel Joseph McCormack was born in Liskeavy on July 1, 1904. He was the youngest son of John and Catherine (Coyne) McCormack. There was another Daniel McCormack in Liskeavy at that time. He was older than my grandfather and I believe he was a first cousin and that Daniel McCormack was killed. My grandfather was 9 years younger than his brother JP. He was probably too young to join the IRA but he was involved to an extent. I don’t know the event that led to his capture and severe beating and I don’t know who captured and beat him but from what I was told, he was able to escape by shooting a man in the shoulder and the “Black and Tan” were searching for my grandfather to retaliate. His brother JP arranged for my grandfather to leave Ireland and to immigrate to the Boston area close to where his older sister Della Hatton was living and his much older first cousin Catherine Slattery. My grandfather met my grandmother through his cousin, Catherine’s son Gregory Tiernan. Gregory was friends with my great aunt Pauline Reynolds. My great aunt became a Dominican nun. My mother wanted to become a nun also and I found a letter she received from the Poor Clares. When she told her father that she wanted to become a nun he cried because he wanted grandchildren. He had a tragic death in March of 1966 from an accidental gunshot wound to his head. My parents married six months after he died and his first grandchild was born a year later in 1967. I never got to know him but my mother said that I look just like him and I take after him with my woodworking skills. I have included a picture of a rocking chair he made from wood he gathered after the 1938 hurricane. His son, my uncle John McCormack was born in 1939 and he remained a bachelor until his death in 2014. The rocking chair must have been made for John. I remember sitting in this rocking chair on my grandparent’s front porch in Medford when I was very little until my grandmother’s death in 1975 when I was 3.

My grandparents owned a bungalow with a small piece of land. My mother told me that her father grew beautiful roses in the front yard that people would stop to admire and in the back yard he had a large vegetable garden and she would sit with her father on summer nights and they would watch the bats flying above the houses together.

Shortly after my grandparents married, my grandfather became paralyzed on half of his body. He never found out what the cause of his paralysis was. He walked with a limp, he could only use one arm and one hand and the paralysis affected his speech. He never considered himself disabled and he used a heavy metal chain to pull tiles up to the top of his house to install his own roof and when he was in his 30’s or 40’s he earned an engineering degree and he was the boss at his work.

I have included my grandfather’s portrait, his wedding photo with his cousin Gregory Tiernan as best man and my great aunt Pauline Reynolds as maid of honor, 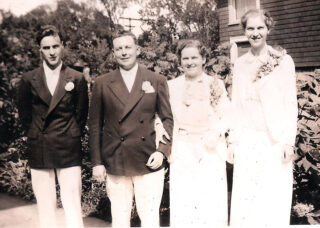 the picture of the rocking chair he made, 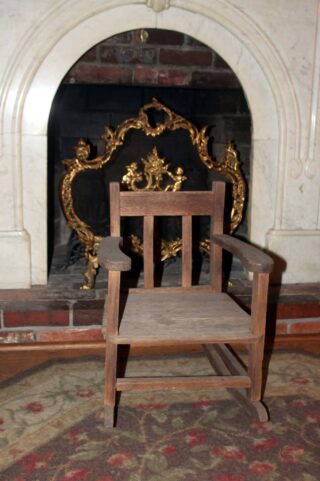 Daniel and three of his sisters shortly after they all arrived in Massachusetts, 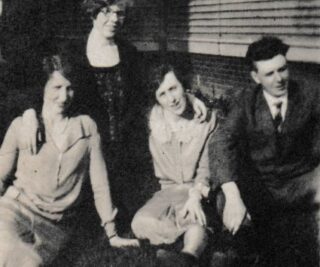 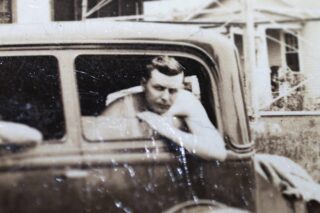 Daniel McCormack on his way to Florida

and Daniel in Florida on his brother-in-law Officer Al Cosimini’s motorcycle. 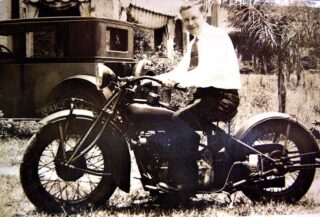 There’s only room for six photos but I also have these photos that I can share if possible: Daniel with his infant son John, Daniel and his wife on a ship to Bermuda, and a picture of his two adorable children. My uncle John was squeezing his sister Pauline’s hand with a look of concern on his face. They were on their way to spend the day with an aunt he didn’t like and my mother was carefree with her brother as her protector. They had a close friendship until his death in 2014. My mother told me that her father had one of those old fashioned styled cars in the 1940’s and it did not have a windshield so she would hold newspaper in front of her face when it rained and he bought a nice car new car in the 1950’s and the weekend after my mother got her driver’s license he allowed her to drive his new car with one of her friends from Massachusetts to The Bronx, NY to visit her aunt and uncle. She said he was a loving father and he would always buy the latest new toys for her and he gave her a doll carriage for Christmas one year and he made sure that she knew it was from him and not from Santa.