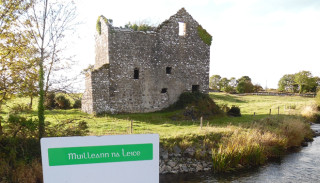 To Be Let. ….. The Flour And Corn Mills Of Lack, in the best repair, with a Neat House and Ten Acres of Land, within five miles of Tuam and four of Dunmore. Applications to be made to Edward Birmingham, Esq., Millbrook, Tuam.

According to ‘An appeal to the Public’ by George Robert Fitzgerald published in 1782 a Thomas Waddleworth, a Mill-wright, moved from Mohena to Lack.

My guess is this is the man who built the mill. He had a mill in Galway City in 1802.