School’s Heritage Food Project by Belmont and Milltown National School was also highlighted by Cathaoirleach of Galway County Council, Eileen Mannion at the launch of the flagship programme for European Region of Gastronomy 2018- Galway, West of Ireland

RTE’s Nationwide was in the building checking out all the displays from the heritage groups around the county.

Posted by European Region of Gastronomy 2018- Galway, West of Ireland on Friday, 16 March 2018

Here’s what Cathaoirleach Eileen Mannion had to say when Ollie Turner posed the question about what kind of projects were going on:

This week I had the opportunity to be in Milltown. The children there had done a gastronomical heritage project. There’s two schools – Milltown and Belmont. Their project was so wonderful and it’s a project that’s been rolled out across the county. The National Folklore collection in UCD are archiving their project because they have come together with their grandparents and parents and recorded the rich heritage of food and tradition and utensils. That’s a wonderful achievement to them.                               Cathaoirleach Eileen Mannion 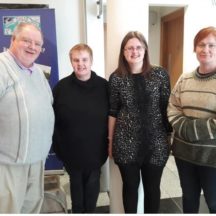 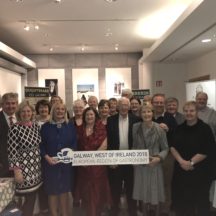 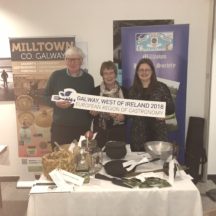 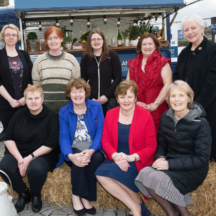 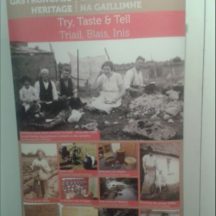 Our selection of churns & 1966 luncheon featuring on one of the main Galway's Gastronomic Heritage Banners
Photo: Pauline Connolly 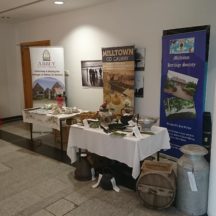 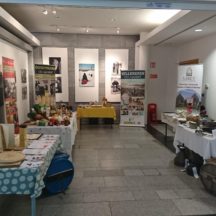 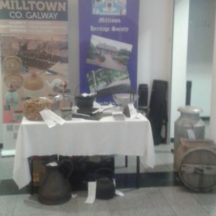 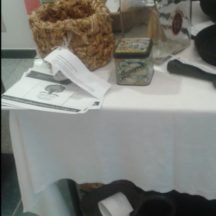 Egg Basket, Glass Churn, Biscuit Tin & Whiskey Jug among some of our items from our collection on display in Galway city museum
Photo: Pauline Connolly 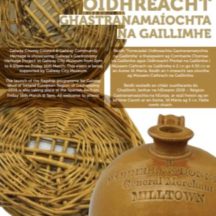