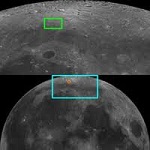 John Birmingham was born in 1816, and was an only child. He grew up in Millbrook Estate, just outside Milltown, Co Galway, and lived with his parents Edward and Ella Birmingham nee Bell.

John was educated in St. Jarlath’s College in Tuam. He was said to have ‘a giants physique with childlike humility’, which made him very much liked by his peers and tenants alike.

Between 1844 and 1854, John travelled extensively around Europe, becoming proficient in several languages.

In 1846 and 1847 he was active in Famine relief around Tuam. In 1852 he visited Rome. When he returned home in 1854 he built up a network of newspapers and magazines to which he started contributing articles on scientific and other matters. He first attracted attention with his articles on sedimentary rocks in the west of Ireland which he contributed to the Journal of the Geological Society of Dublin.


John Birmingham thought nothing of walking the 8 miles to Tuam to perform business transactions and 8 miles back home again in a day.

According to Griffith’s Valuation 1855, John Birmingham was the owner of the townland called Ballymary, which consisted of 41 acres 0 roods and 16 perches.

From 1858 He started contributing notes on astronomy to local newspapers. At Millbrook he built what the Tuam Herald called a large wooden house with a sliding roof, which formed his first observatory.

John Birmingham inherited the Millbrook Estate in 1865, where he lived with two elderly aunts and a maternal uncle, Arthur Bell, who assisted him in his research. He became known as a kindly landlord but also as a scholar and intellectual.
On the night of 12th May 1866, John discovered a ‘new’ star, T Coronae Borealis. John Birmingham also had a crater on the moon named after him, The Birmingham Lunar Crater, when he discovered a crater which had been present, but had disappeared. This success of this find led him to acquire a powerful new telescope from Thomas Cooke of York (which cost £120), fitted with a lens made by Thomas Grubb of Dublin.
John Birmingham, using a 4.5-inch (110 mm) Cooke refractor, made a special study of red stars and revised and extended Schjellerup’s Catalogue of Red Stars. Six hundred and fifty eight of these objects were included.
He presented this work to the Royal Irish Academy in 1876 and was awarded the Cunningham Medal. In 1881 he discovered a deep red star in Cygnus constellation. This star is named after him. He also studied and wrote articles about planets, meteor showers and sunspots.
John never married, although he was reputed to have illegitimate children. John died at the Millbrook Estate on 7th September 1884 at the age of 68. Ending the direct male line of the Norman De Birminghams of Athenry and Dunmore.
All that remains of his possessions is his telescope, which is on display at Milltown Heritage Museum.