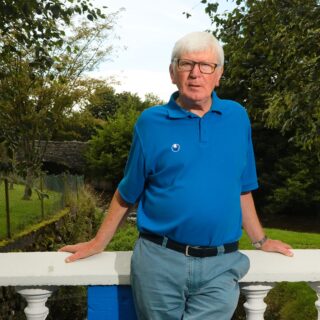 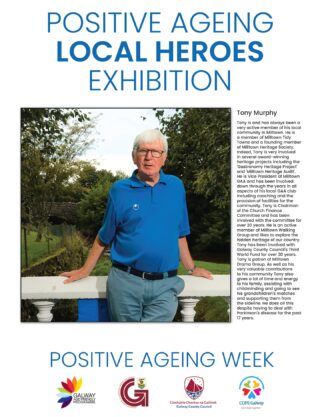 Tony is and has always been a very active member of his local community in Milltown. He is a member of Milltown Tidy Towns and a founding member of Milltown Heritage Society. Indeed, Tony is very involved in several award-winning heritage projects including the ‘Gastronomy Heritage Project’ and ‘Milltown Heritage Audit’.  He is Vice President of Milltown GAA and has been involved down through years in all aspects of his local GAA club including coaching and the provision of facilities for the community. Tony is Chairman of the Church Finance Committee and has been involved with the committee for over 20 years. He is an active member of Milltown Walking Group and likes to explore the hidden heritage of our country. Tony has been involved with Galway County Council’s Third World Fund for over 30 years. Tony is patron of Milltown Drama Group. As well as his very valuable contributions to his community Tony also gives a lot of time and energy to his family, assisting with childminding and going to see his grandchildren’s matches and supporting them from the sideline. He does all this despite having to deal with Parkinson’s disease for the past 17 years.