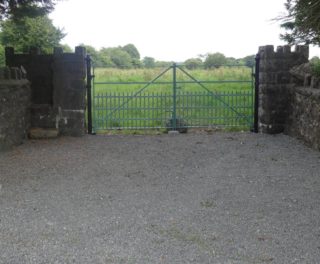 The gates which lead into Millbrook House were known in the past as the Grand Gates and they were the scene of a fatal ambush in the 20th century.  A local petty sessions clerk was suspected of being a police spy and he was ambushed and killed at the Grand Gates after he had partaken too enthusiastically of the generosity of a local hostelry.