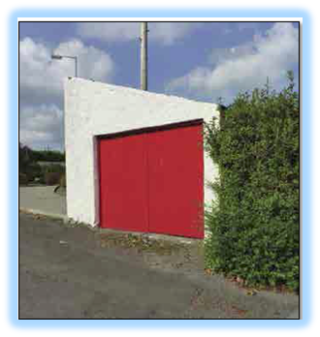 The Egg Shed was used to sort and store eggs from the area for collection by egg buyers from other areas.  But the shed has become notorious in popular folk memory as the site of the “Egg Shed Ambush”.  Here in the middle of April 1921, during the War of Independence, two RIC constables returning to their barracks after patrolling the nearby railway station were attacked and wounded.