You are here: Home>People>My grandmother's brush with the infamous Titanic tragedy

My grandmother's brush with the infamous Titanic tragedy 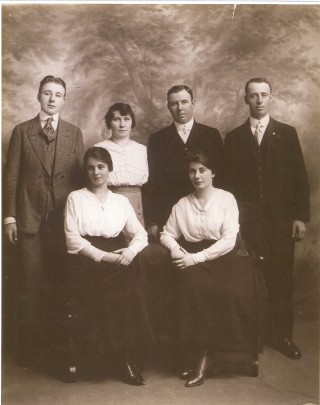 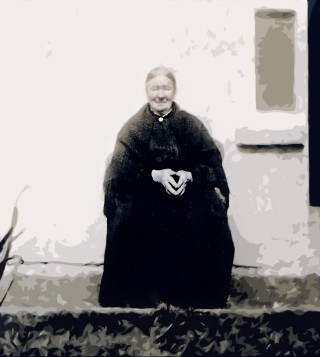 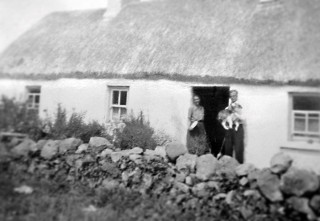 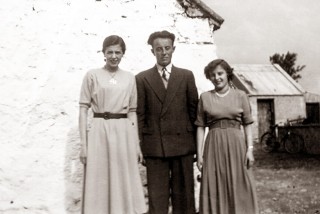 Michael Boyle with his sisters Margaret, left, and Philomena outside
Sheron Boyle 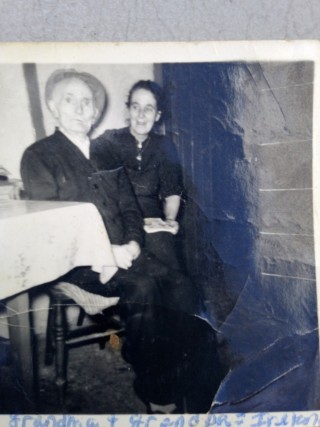 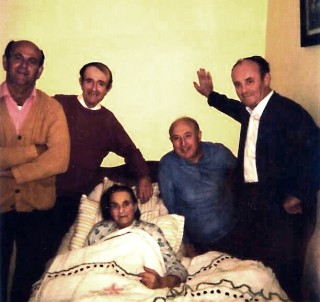 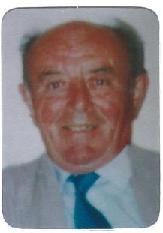 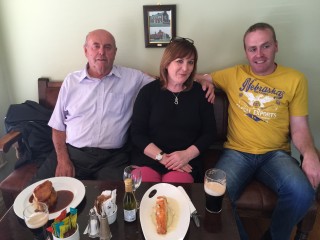 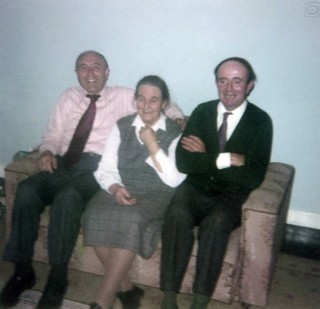 Pat and Sean Boyle with their mother Margaret
Sheron Boyle 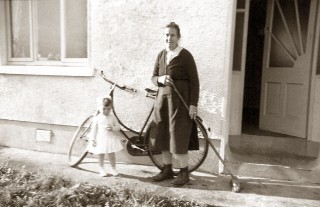 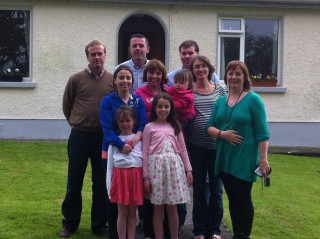 Sheron Boyle, right, with her own gathering of her Boyle clan in Co Galway.
Sheron Boyle 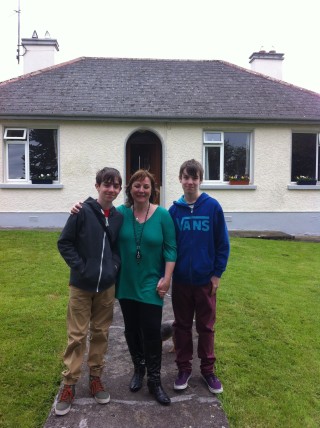 In 1912, a beautiful 20-year-old woman stepped off a boat to begin a new life in America. Journalist Sheron Boyle tells how her Irish grandmother’s brush with the infamous Titanic tragedy was followed by a bitter sweet love story in the US and her inspiring tale of coping with adversity when she returned to her homeland.

MY image of my grandmother, Margaret Boyle nee Martin, was of an old lady with her dark, fine hair scraped back in a bun. A widow for many years, she dressed in the regulation black and white of her generation with the occasional navy blue thrown in as a nod to high days and holidays.

When we stayed at the family farm outside Milltown, Co Galway, in the 1960s and 1970s, she wore workman-like black boots and I’d stare at them thinking back in my Yorkshire home city, I didn’t know any women who wore such footwear.

Life halted at 6pm in her bungalow as Irish TV played the Angelus – the prayer of devotion traditionally recited in devout Catholic households three times a day. My grandmother stopped whatever she was doing, sat in her high-backed wooden kitchen chair and pray. Then the TV would be switched off – and covered with a tea towel while we ate our meal.

At night time, I’d quietly watch her silhouette as she knelt at her bedside to pray before she got into bed with me.

Her careworn face was lined and tanned – undoubtedly from years of running the farm, raising her seven children, caring for a disabled husband and tending the orphaned seven children on the neighbouring farm.

But though the top of her back was stooped as age took hold, her blue eyes always had a twinkle in them.

Today, her story would probably register as shocking. Back then, and in the harsh times of life in the first half of the 1900s, it was replicated across Ireland.

Occasionally, it would be mentioned that my grandmother had been to America as a young woman. And more shockingly, she had been due to sail on the Titanic, joining the hundreds with a third class ticket hoping it would transport them to a better life across the Atlantic.

It was a story I never, regrettably, asked her about. But it is said that on the April 15 anniversary of the ship’s sinking,  she would never talk about it and would feel ill.

I have spent years researching my family tree – long before the Internet was in mass use – and my doggedness helped me get quite far back on my mother’s Mayo-based Costello, Leitrim-rooted McPartland and Wicklow Keegans lineage.

It’s only in the last three years that I have tackled the Boyle and Martin (my paternal grandmother’s maiden name) side.

But as I garnered information, it made me reassess the old lady staring stoically into the camera in our family photos and see through fresh eyes the once beautiful young woman she was.

Second and third generations of my family settled in northern England, working in the mills, mines and construction industry. My maternal grandfather Patrick Costello recalls the sign `No Irish Need Apply’ displayed at several boarding houses in the West Yorkshire city of Wakefield, where he worked down the coal mines.

Over half of my ancestors went to the US. Margaret was the seventh of 12 children born in 1891 to Thomas and Ellen Martin, on a small farmstead Levally Roe in Irishtown, Co Mayo.

When Margaret decided to try for a new life in America, where at least three siblings had already emigrated, she paid £7 for her steerage class ticket no 367167 and was booked to sail along with the 120 other Irish folk on 11 April 1912 on the Titanic.

She was due to sail with a cousin, Celia Sheridan of Stripe near Milltown, Galway.

Family myth has it that thanks to Celia being late leaving her family home and so possibly unable to buy a ticket, the duo missed the boat – finally leaving 24 hours later on the SS Celtic. My grandmother cancelled her passage and her ticket (which incorrectly has her listed as Mary) simply states `Not boarded’.

Though she never discussed her brush with that fateful journey, you do think she must have put herself in the place of those who perished on the ship that night? Her chances of survival were slim with 44% of steerage passengers dying.

However, when the `unsinkable’ Titanic careered into an iceberg, Margaret was fast asleep in her cabin 700 miles.

And so as Margaret was among the first passengers to sail into New York on 20 April, docking in the very bay the Titanic should have been, it must have been a gloomy New World she entered.

But she must have thought how lucky she was to have missed the boat, in the very saddest sense.

Margaret went on to a new life – joining her sister and spinster aunt (both named Celia Martin) working as a maid in Hartford, Connecticut, for the prosperous and politically-active Hooker family.

It was while in America, she posed for a handsome black and white photo with her three brothers – Owen, Jim and Pat and the latter’s wife Delia, and her sister Celia Martin, all living in the Hartford area. Margaret has a lovely white blouse on, her lustrous hair piled high and her high cheekbones defined her face.

Shades of her strong character emerged, as it became known that she had become close to a man who, shockingly for then, rumour had it was a non-Catholic and – probably as bad, was said to have German origins. My Aunt Margaret Cleary – my father’s sister who lives in Manchester, Conn – believes his first name was possibly Michael and surname Blackburn.

I employed a genealogist to help me overcome hurdles I faced. Michael Rochford (www.heir-line.co.uk) found a copy of the Titanic ticket and then, amazingly, helped track down a Blackburn family in Connecticut.

He discovered the Blackburns left Dewsbury – a mill town only six miles from my home today – where the father was a foreman and moved to Sagan in Germany for him to work in a mill there.

A widow, he met and married a German woman and en masse they emigrated to Windsor Locks, Connecticut, which had a developing mill industry there. Michael Blackburn was a product of his father’s first marriage, but had a German step-mother – hence the link.

The family story passed down is that at some point my grandmother won a raffle and the unusual prize was a paid trip back to Ireland – so she went home – as yet I cannot find when.

I personally doubt there was ever a raffle and wonder it was a story put out by her family? Did her spinster aunt, then in her 50s, disapprove of the relationship?  Did she write to her brother and wife telling them what their beloved daughter was doing who then ordered their young daughter home?

With the religious and cultural differences, Margaret and Michael were never going to be, though as she left America for good, he gave her a gold ring with the letter `M’ engraved inside it. In the romantic sense, they were ships that pass in the night. She later told a neighbour it was an engagement ring.

Margaret’s effort to carve out a new life in the bright New World ended not as maybe she hoped. And so in 1923, at the relatively late age of 32, Margaret wed my grandfather Michael Boyle, a man older than herself. It was thought to be a semi-arranged match.

They settled at his family homestead in the hamlet Emmeracly outside Milltown. After fathering seven children, including a set of twins, Michael succumbed to arthritis – so severe that my own father Michael could never recall seeing him walk.

But the redoubtable Margaret coped with her lot, running the small farm, raising her brood and overseeing the seven neighbouring orphaned Donnelly children. When social workers came to take them to a children’s homes, she put her cattle on their land and simply refused to allow them to be split up. To this day, the Donnellys – many now in Philadelphia – credit her with keeping them together.

The circle of life continued and – as countless other families had to – she waved off one son Pat and three daughters, Mary, Margaret and Philomena to the US, and my dad and his brother Jimmy for the UK, while the youngest Sean stayed behind to run the family farm.

Dad eventually settled in Wakefield and worked for decades as a miner and a labourer.  His siblings settled to varying degrees in the US. Margaret, was just 16 when in 1948 she left their thatched cottage home – with no electricity or indoor toilet – and flew into New York for a new life.

My generations of the family undoubtedly benefited from their hard work – we were the first to go to university, travel the world for pleasure not necessity and have genuinely comfortable lives.

After my gran’s death – at the great age of 92 in 1982 – her wedding ring and her lost love’s ring – which she had kept all her life – were passed to her daughter Mary, in Philadelphia.

As for her lost love, Margaret’s daughter, Margaret Cleary, was introduced to Mr Blackburn at a social event in Hartford in the 1950s, where she had settled.

Mother-of-five Margaret, now 86 and living in Manchester, Conn, recalls the meeting: `It was at a picnic and my Uncle Pat Martin, a bus driver, introduced us. Mr Blackburn was told I was Margaret’s daughter but he said he knew straight away who I was as I looked like my mother.

`I think he was called Michael but I am unsure. My mother did tell me about him when I was young. I wish now I had asked her more but you don’t think about it at the time.’

Mr Blackburn told my aunt that he had never married but was very pleased to meet her. Did he always hold a candle for my grandmother?

My grandmother told a friend she regretted leaving America. I took my children to see the house where she worked as a maid and thought why wouldn’t she feel sad – leaving her first love and the home comforts and hopes of a modern US to return to the hard life of rural Ireland.

Today, Sean’s son Michael tends the farm at Emmeracly. One day, I hope to tell her story in a book. Meanwhile, it is left to us, the ancestors she left behind, to ponder how different life would have been if Margaret Martin had boarded the Titanic – if she had not missed the boat in many senses of her life – but such was the journey she took that brought me to be born and raised in Yorkshire and my other family to America.

* If anyone has any information about my family, please me on sheronboyle@aol.com, https://www.facebook.com/SheronBoyleMedia  or on Twitter at @sheronboyle1.