You are here: Home>Topics>The Irish War of Independence>Sergeant James Murren 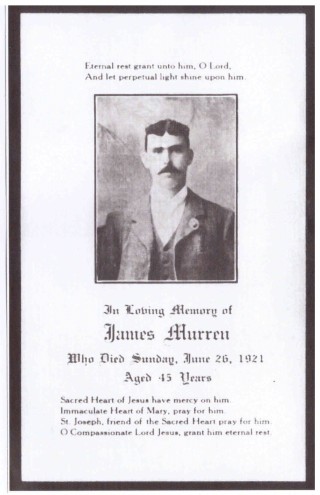 From 1919 – 1921, Ireland fought Britain in the war of independence. Ireland adopted a policy of guerrilla warfare where they would ambush British forces. One such ambush took place at CnocanMor on the Milltown-Tuam road where Sergeant James Murren was shot dead on the night. This ambush was carried out by a Flying Column under the command of Tom Dunleavy on June 26th / 27th 1921. Sergeant Murren was to retire on a pension a week earlier but unfortunately for him, he was required to remain working at the barracks in the village due to delays in processing his final documentation.