You are here: Home>Topics>Milltown's Heritage Food Project>My grandmother and a china tea set

My grandmother and a china tea set 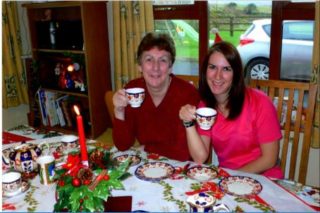 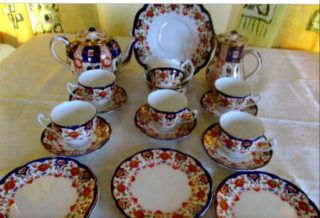 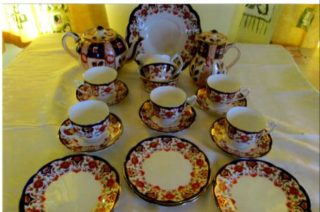 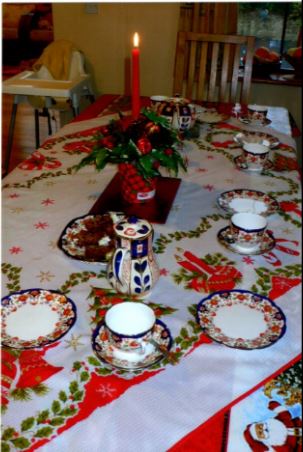 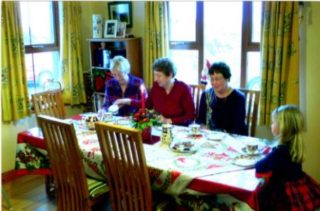 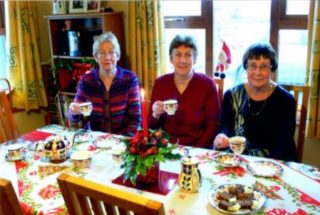 This is a story about my grandmother and a china tea set.

My grandmother Ellen Donnellan was born in the parish of Dunmore on the 25th October 1875. As a young girl she emigrated to the United States like most young people at that time. Unusually though she returned to Ireland and married my Grandfather James Connolly of Lehid Kilconly in the year 1902. I have no idea how they met but perhaps through a sibling in the United States. I’ll never know the answer to that question.

They had a family of 6 girls and 2 boys. In 1924, they moved to Knocknagur where they got a new farm from the congested District’s Board. While this farm was considerably larger than the one in Lehid, life was still hard. By the year 1933 their eldest daughter Delia was dead and the next 3 daughters were living in Boston having emigrated one by one.

When my Aunt Mary wrote home to tell her parents she was getting married to our much loved Uncle Bill, her mother decided to send her a wedding present. She walked from her home in Knocknagur to Tuam a distance of about 5 miles. She went into McCormack’s shop in Dublin Rd where she purchased a beautiful china tea set and had it shipped to Boston. Having looked at the ads in the Tuam Herald for 1933, I think she would have paid between seven and ten shillings for it. I wonder how she was able to put that cash together as money was very scarce in those years, perhaps dollars that came from Boston or maybe egg money saved over time.

The tea set had pride of place in Aunt Mary’s house in Brook’s Ave. I think of all the cups of tea she shared in that house with her sisters and all their Burke cousins from Carrowreagh who all lived nearby. They were very loyal to each other over a long number of years. Imagine all the news and gossip from home that was shared in that kitchen.

I’ll jump forward now to 2015 and the house in Brook’s Ave is about to be sold. My sister Margaret is visiting and expresses interest in the tea set and our cousin Ellen offers it to her and some months later thanks to Ellen and her friend Mary the tea set re-crosses the Atlantic and arrives at my sisters in Ennistymon, Co Clare. The return journey was now complete. Some weeks later, the three Carney sisters gathered in Margaret’s house for “High Tea” with the new arrivals. We were joined by Margaret’s daughter Anne and then four year old Aisling (Anne’s daughter) as if sensing the special occasion insisted on joining us at the table. They will in time be the future guardians of our tea set and so it was fitting that she was there.

It was an evening of nostalgia as we remembered our Grandmother, a tall stately woman with her long white hair in a neat bun at the back of her head. She had a neatness about herself that I think she acquired while she lived in the United States. We remembered her long black skirts, her black blouses and her lovely black shawls. Her silver brooch for Sundays, her black stockings and black ankle boots, her long red petticoats for winter wear. I never saw her wearing anything else. We thought of our beloved mother Katie who stayed in Ireland and her sisters; Delia who died in 1926, aged 22, Margaret, Mary, Ellen and Julia who lived in Boston, Patrick who also died aged 24 in 1936 and Tommy who stayed at home on the farm. All are now deceased.

We all remember as children the care that had to be taken when washing the good china. To break any piece was a calamity. They were washed, one piece at a time, then dried and put back into the china cabinet until the next big occasion.

We all tend to have our tea from mugs now but there’s something special about setting the table with the “good china”. I think it tastes better but maybe that’s just nostalgia.