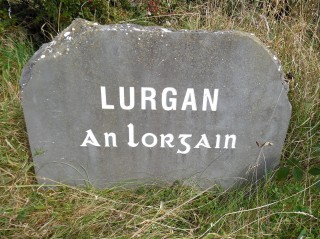 There were 4 ringforts and 1 burial ground identified on the National Monuments Service website.

The 1st ringfort is situated in grassland overlooking bogland. It is a very poorly preserved circular rath defined by a low earthen bank.[1]

The 2nd ringfort is situated on a slight rise in undulating pastureland overlooking bogland. All that survives is a barely discernible rise, outside of which traces of a fosse are visible.[2]

The 4th ringfort is situated on a rise in rolling grassland overlooking bogland. It is described as a poorly preserved subcircular rath defined by a degraded scarp and external fosse. A number of hollows within the interior are the result of quarrying.[4]

A burial ground is situated in boggy land sheltered by a steep ridge. According to local information, this is the site of famine burials. Apart from a few grassed-over stony mounds, no visible surface trace survives.[5]