Story told by my grandad 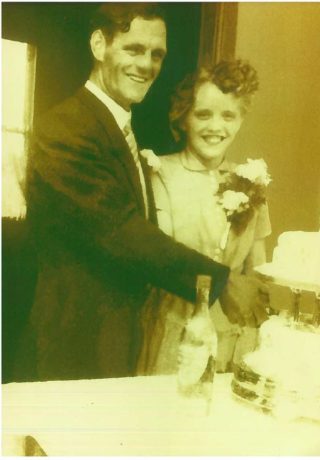 On the eight of June 1959, my grandad John Brogan married my nanny Eileen Burke. They got married in Milltown church. The priest was Fr. Malachy Concannon. They got married at 10 o’clock in the morning. There were twenty five guests. They went back to my nanny’s house in Carnurlar. The wedding reception began with a wedding breakfast which consisted of fried bacon, black pudding, brown bread and butter which were all produced and homemade by nanny’s family. Throughout the day, sweet cakes, buns, tea brack and trifles were served, there were also homemade. Their wedding cake was made by a neighbour and was two tiers. The drinks they had were tea, bottled beer, red lemonade and whiskey. The water was drawn from a pump. They danced to music in the kitchen. They were very happy and granddad said it was a fantastic day.